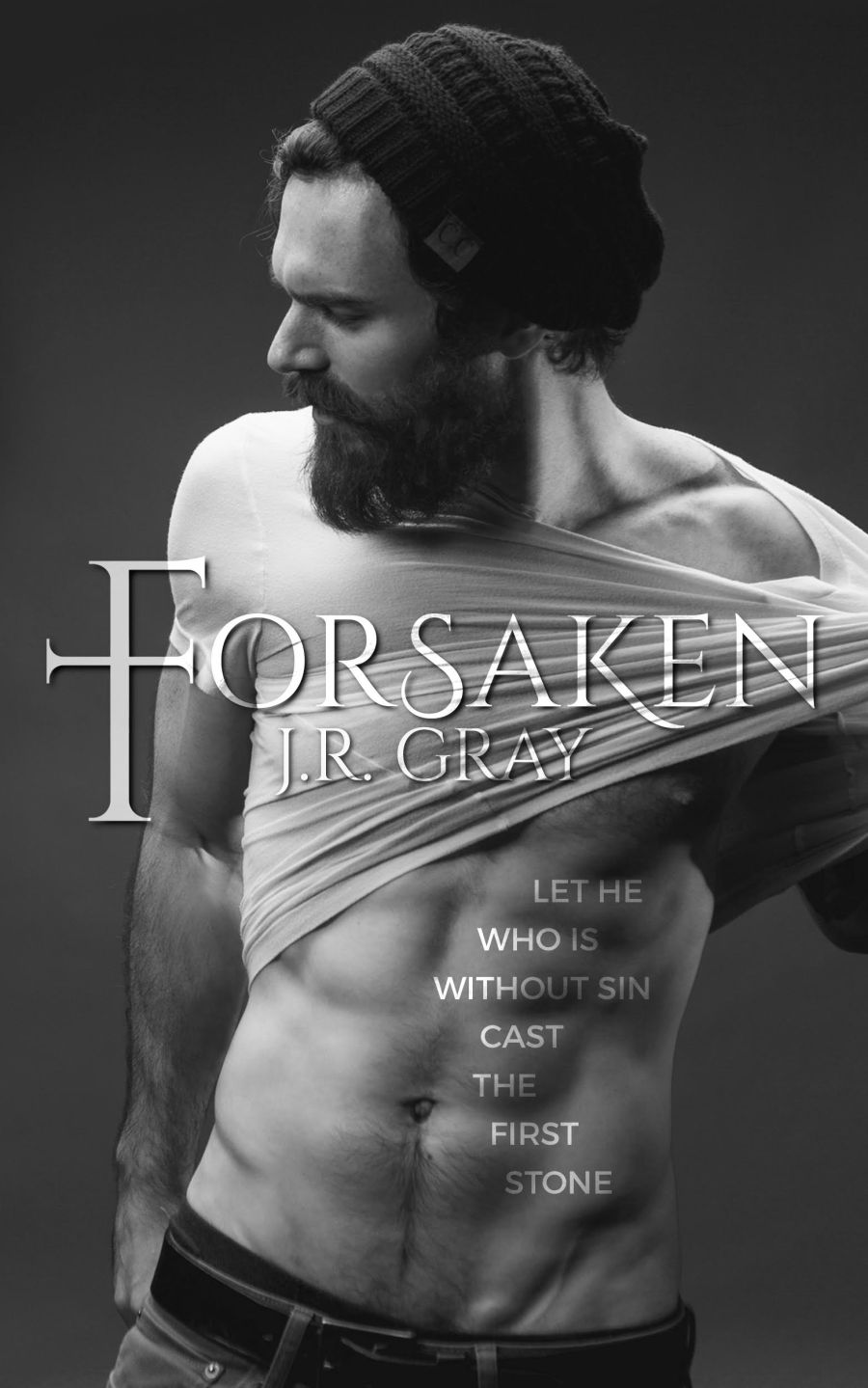 Titus has lived and breathed religion his entire life, tucked away from the rest of the world in a compound in northern Wyoming. He’s destined to be the next leader of the church, deemed so by the Prophet.

God spoke and with His word He created. But God made a mistake. Titus isn’t worthy. He was born sick and it’s solidified when he rescues the most beautiful man he’s ever seen.

Torn between fidelity to his faith or his soul, Titus must reconcile the two parts of himself before he’s discovered hiding among the chosen.

He looked from Titus to the road and took a few steps back. “What are you doing out here if we’re in the middle of nowhere like you say?” He narrowed his eyes like Titus was about to lie to him.
He almost laughed, and probably would have it if wasn’t for the reason he was out here. He felt a pang in his chest and he pushed his hand into his sternum. “Penance.”
“What was that?” Both the man’s brows shot up and he did an odd movement with his fingers. Sassy almost. If fingers could be sassy. “You’re doing penance?” Before Titus could answer realization washed over the man’s features. “Penance for what?”
Titus closed his eyes closed and took a breath. To be ashamed of what he was, was against God’s law. He shouldn’t be ashamed. He should be quick to defend his faith. Lots of shoulds, and he still fumbled over the words as he said them. “Sins.” After the day he’d had, he didn’t have it in him to defend any of it and he’d have to confess later for this as well. He could add it to the list of the ways he was a disappointment.

When not staying up all night writing, J.R. Gray can be found at the gym where it’s half assumed he is a permanent resident to fulfill his self-inflicted masochism. A dominant and a pilot, Gray finds it hard to be in the passenger seat of any car. He frequently interrupts real life, including normal sleep patterns and conversations, to jot down notes or plot bunnies. Commas are the bane of his existence even though it’s been fully acknowledged they are necessary, they continue to baffle and bewilder. If Gray wasn’t writing…well, that’s not possible. The buildup of untold stories would haunt Gray into an early grave, insanity or both. The idea of haunting has always appealed to him. J.R. Gray is genderqueer and prefers he/him pronouns.